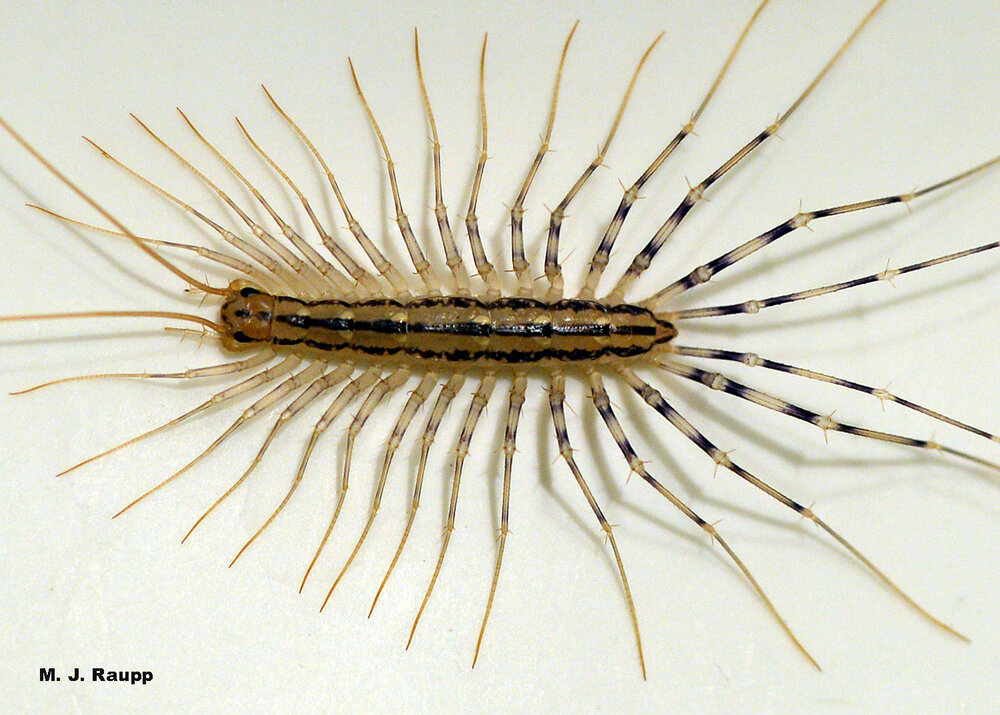 Strangely delicate and beautiful, but a bit creepy at the same time, house centipedes are common home invaders around the globe.

A couple of weeks ago, a Bug of the Week viewer messaged me about a fast moving, many-legged creature darting across the floor. Early one morning last week I had a similar surprise when I stepped into the shower and was greeted by a magnificent house centipede scuttling around the tub. In previous episodes of Bug of the Week we met other home invaders that somehow wind up in the bathtub, like camel crickets and wolf spiders. The house centipede is yet another creature that evolved in a foreign land and now claims the US as one of its homes. Originally found in the Mediterranean region, it now occupies most of Europe, parts of Asia and Africa, and lands in Central and South America, as well as North America. 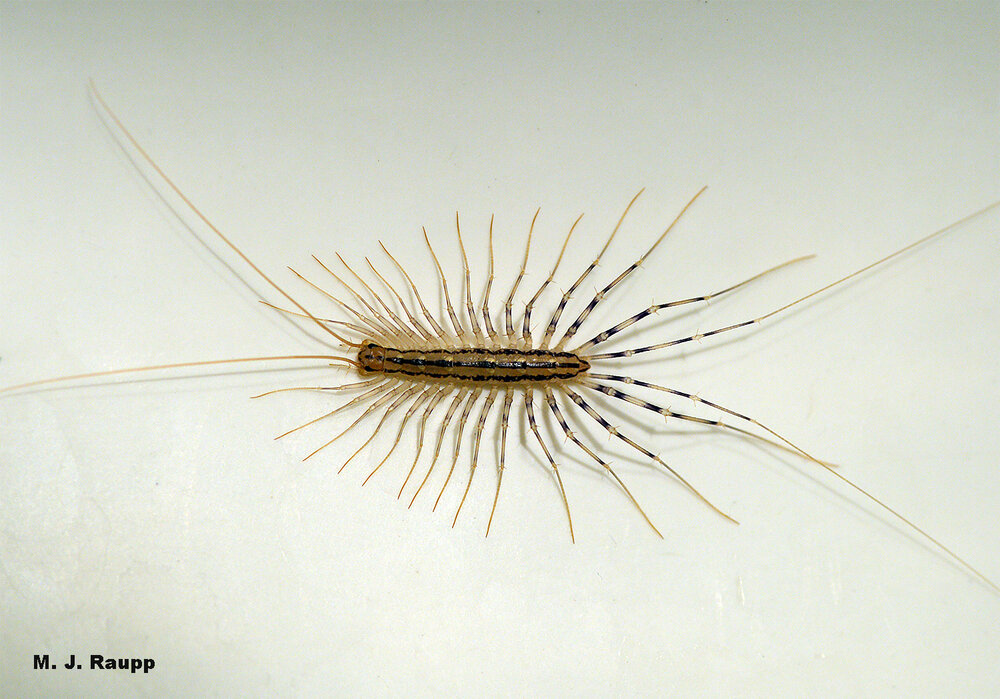 Steve Jacobs, an extension specialist at Penn State, related a fascinating story about the house centipede first published by one of the forefathers of entomology in the US, C. L. Marlatt, in 1902. Regarding the house centipede, Marlatt said, “It may often be seen darting across floors with very great speed, occasionally stopping suddenly and remaining absolutely motionless, presently to resume its rapid movements, often darting directly at inmates of the house, particularly women, evidently with a desire to conceal itself beneath their dresses, and thus creating much consternation.”  Ladies, nowadays it’s a good thing workout leggings are in vogue.

In the natural world, house centipedes thrive in moist, cool places and can be discovered on the soil beneath rocks, logs, and fallen leaves. Once inside a home they gravitate to similar locations: man-caves in the basement, laundry rooms, and bathrooms. So, how do they wind up in the bathtub? Well, contrary to popular belief they do not swim up through the drain. This trick is mostly practiced by mammals like rats, able to hold their breath long enough to swim through the water-filled trap in a drain pipe. Centipedes and other creatures found in a tub usually were seeking a tasty insect or spider for a midnight snack on the rim of the tub, slid into the porcelain vessel, and could not scale the slippery walls to escape. Unlike their other many-legged relatives millipedes, that eat vegetation, centipedes are hunters and eat meat. You may recall the stone centipede we met in a previous episode and remember its powerful poison claw that came with the warning of “do not handle” lest you risk a nasty venomous bite. Well, the house centipede is also equipped with a similar, much smaller appendage but bites are rare and, according to several accounts, quite mild.

What a way to start the day – a centipede in the bathtub!

Bug of the Week thanks an anonymous viewer for inspiring this episode. “House Centipede” by Steve Jacobs provided the technical information. Please check out his great fact sheet at this site:  https://ento.psu.edu/extension/factsheets/pdf/HouseCentipedes2.pdf

Bug in the Bathtub? first appeared on Bug of the Week