Getting by on five – can losing a leg save a life? Leaffooted bugs, Leptoglossus and Diactor, field and camel crickets, Gryllus and Diestrammena 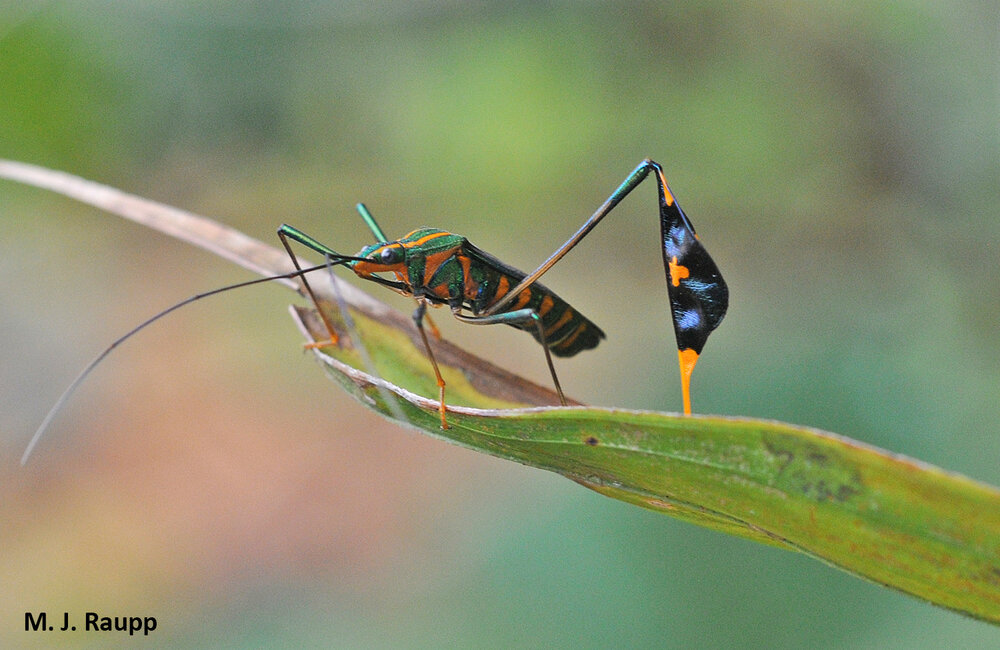 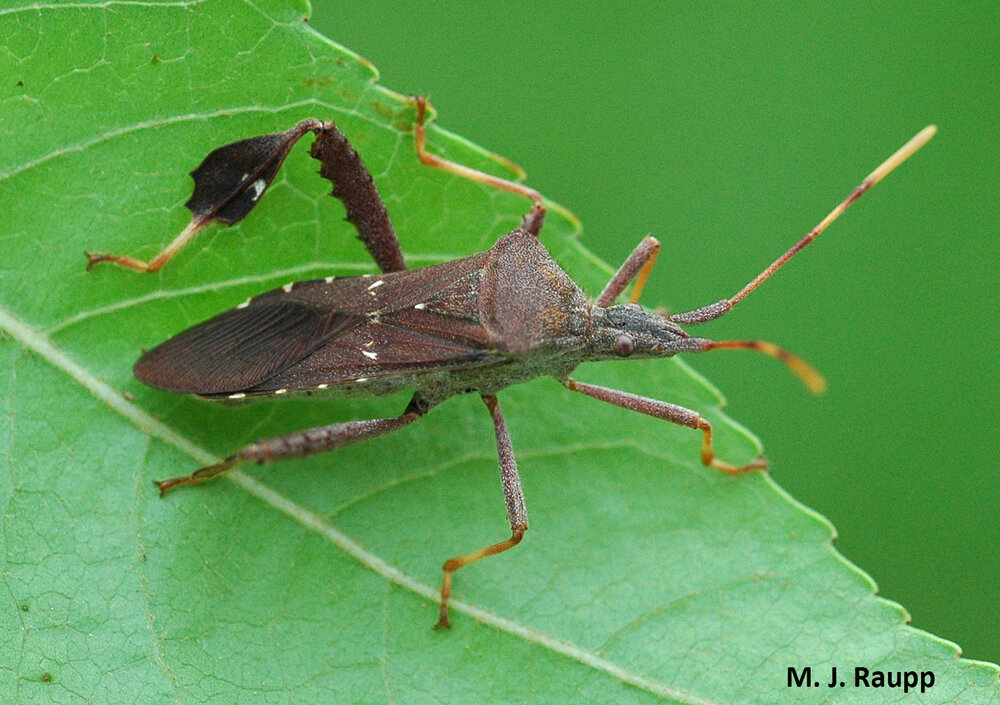 Leaffooted bugs here in the DMV sport impressive flags on their hind legs.

Last week we met leaffooted bugs being attacked by parasitic tachinid flies. One of the featured creatures in this episode was a five-legged bug limping along in a feeble attempt to escape a nosy camera. Two questions surfaced regarding the five-legged bug in last week’s episode. First, what in the world are those fantastic leaf-like structures on the hind legs for anyway? Second, how did the unfortunate bug lose its leg in the first place? 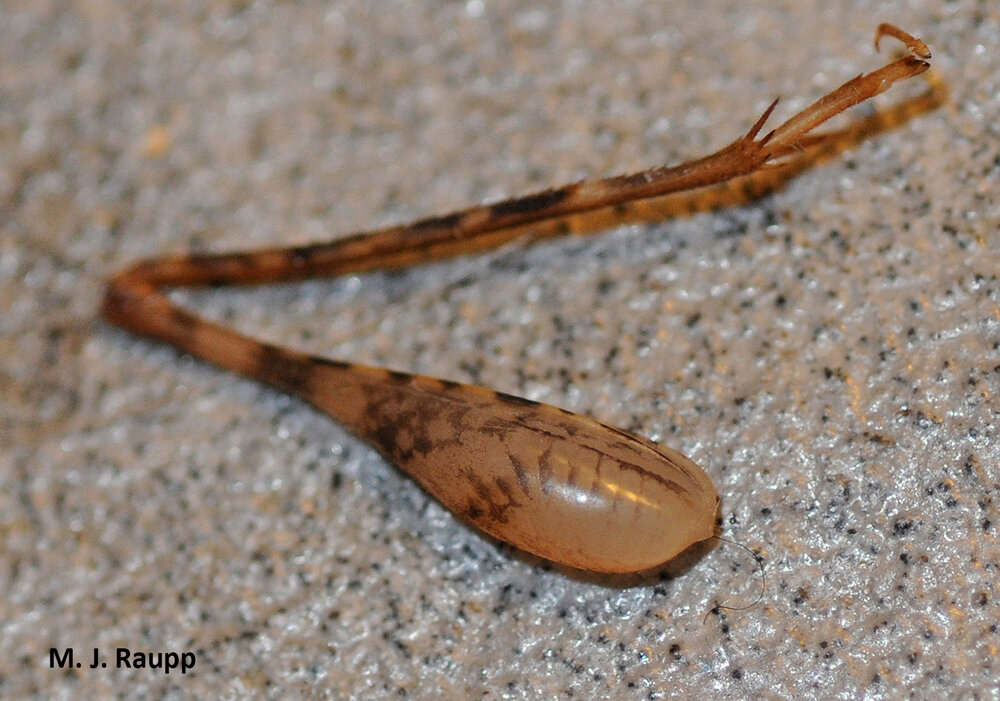 Dropping a hind leg on the bathroom floor while avoiding capture was enough to make the paparazzi stop to snap a picture.

This is not the first time we’ve met an insect missing a hind leg. Some of you may recall the episode entitled “Five-legged cricket in the bathtub” where we discovered that quite a few animals may discard an appendage, often a leg or a tail, when attacked by a predator. The strange behavior of discarding an appendage is not uncommon for many insects such as crickets, walking sticks, and yes, leaffooted bugs. A special muscle allows a leg or antenna to snap off at the insect’s will under the right circumstances. This phenomenon, known as autotomy, allows the insect to lose a leg and save its life by distracting a hungry predator. When the predator stops to examine or eat the severed limb, the bug makes its getaway. In some cases, the insect regenerates the missing part. 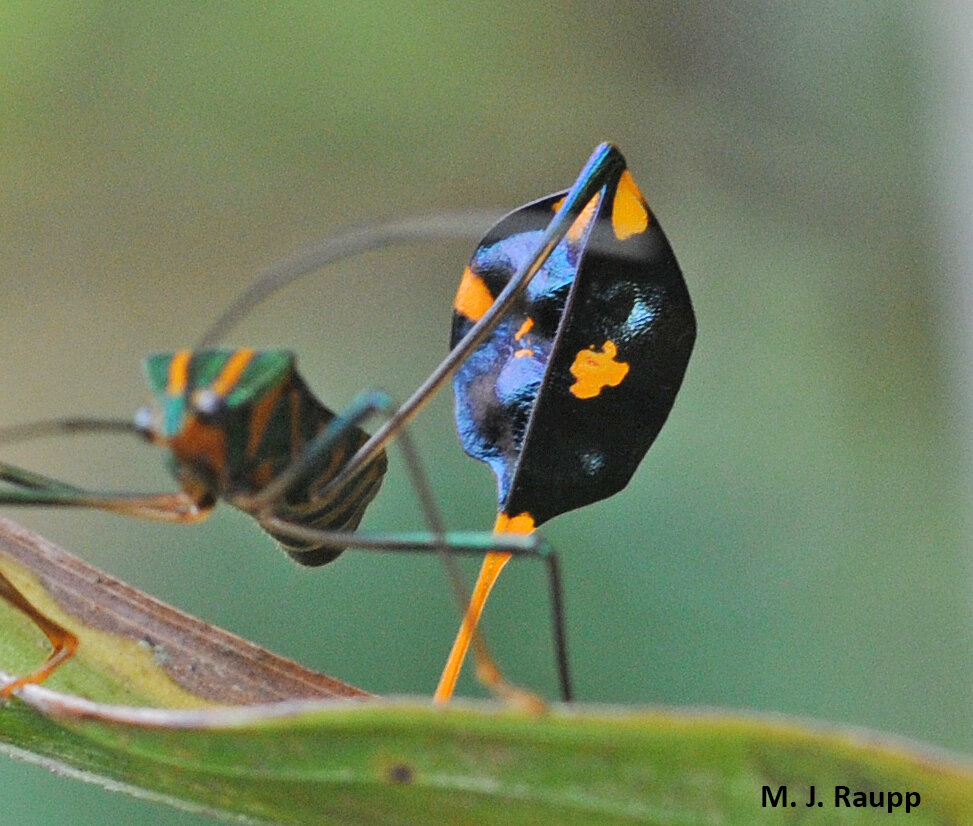 What message does the flag on the hind tibia of Diactor convey to a would-be predator?

In addition to insects, reptiles and mammals use this clever ploy. Some male relatives of the leaffooted bugs we visit today have powerful, enlarged hind legs used to battle other males for territories and access to females. Autotomy in these species comes with a cost to successful reproduction. Apparently gimpy guys are less likely to hold territories and win affections of desirable female bugs. The greatly expanded and highly apparent hind legs of Leptoglossus and the beautiful tropical flag-footed bug, Diactor, likely serve another purpose. One look at the amazing hind leg of the Diactor is certainly enough to attract the attention not only of entomologists but also the eyes of would-be predators. By directing a predator’s attack away from vital organs and body parts, these bugs may lose a leg and prevent the loss of a much more vital body part. For leaffooted bugs, crickets, and many other insects, losing a leg is much better than losing one’s life.

Five legs propel a leaffooted bug along a railing; seem to suit a hungry field cricket just fine; and help a camel cricket hop, sort of, away from the guy with a camera.

As for how the unfortunate bug lost its leg, it was not inclined to share that information with us, focusing instead on the message that at least it got away.

This article was first featured on Bug of the Week