A rainforest beauty better for observing rather than touching: Silkmoth caterpillar, Automeris spp. 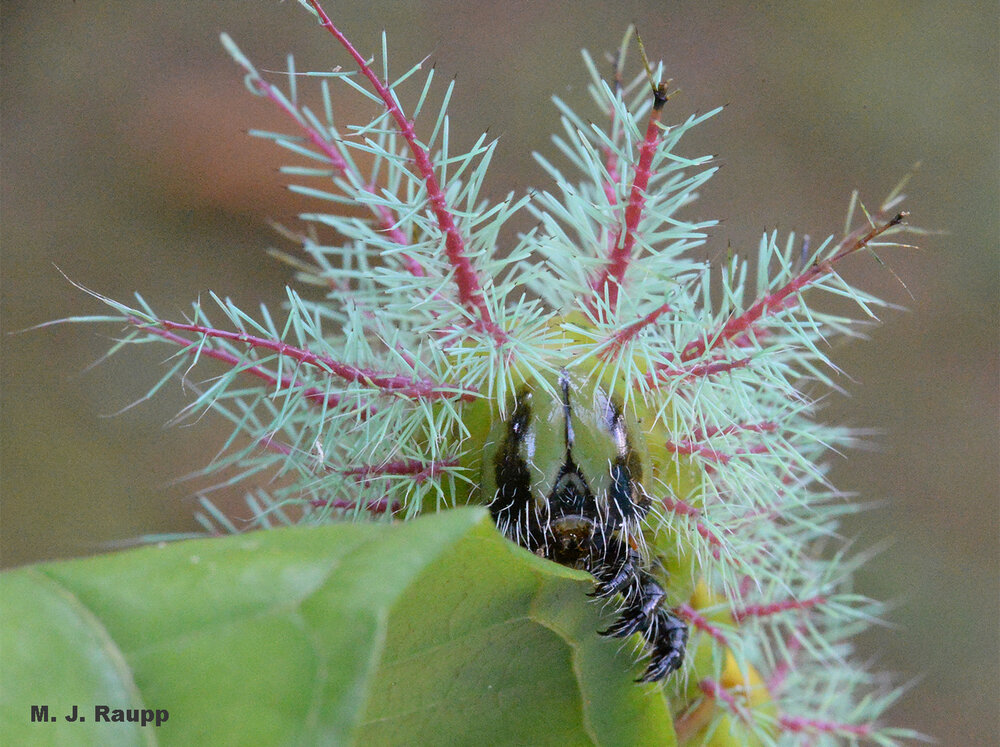 Silk moth caterpillars like this Automeris species are spectacular denizens of the rainforest.

With the return of warm weather, leaves, and insects still weeks away here in the DMV, it’s time to travel to tropical rainforests in Costa Rica to see what’s up with some of our southern neighbors. First stop is the rainforest near the village of Santo Domingo bordering the Savegre River in Costa Rica. Scrambling across the ground near the base of a tree was a magnificent caterpillar. At first glance the identity of this beauty had me stumped, but after picking it up fiery stings to my finger and palm refreshed my memory of its true identity. This caterpillar is a member of the silk moth clan in the genus Automeris. The remarkable color pattern of this extraordinary larva leads me to believe its identity is Automeris metzli, a creature found from Mexico to Ecuador and also on the island of Trinidad, where it munches leaves of oak and less commonly Erythrinaand coconut.

Don’t let these amazing spines and beautiful colors fool you. Handling this lovely caterpillar could result in a spicy and memorable surprise. 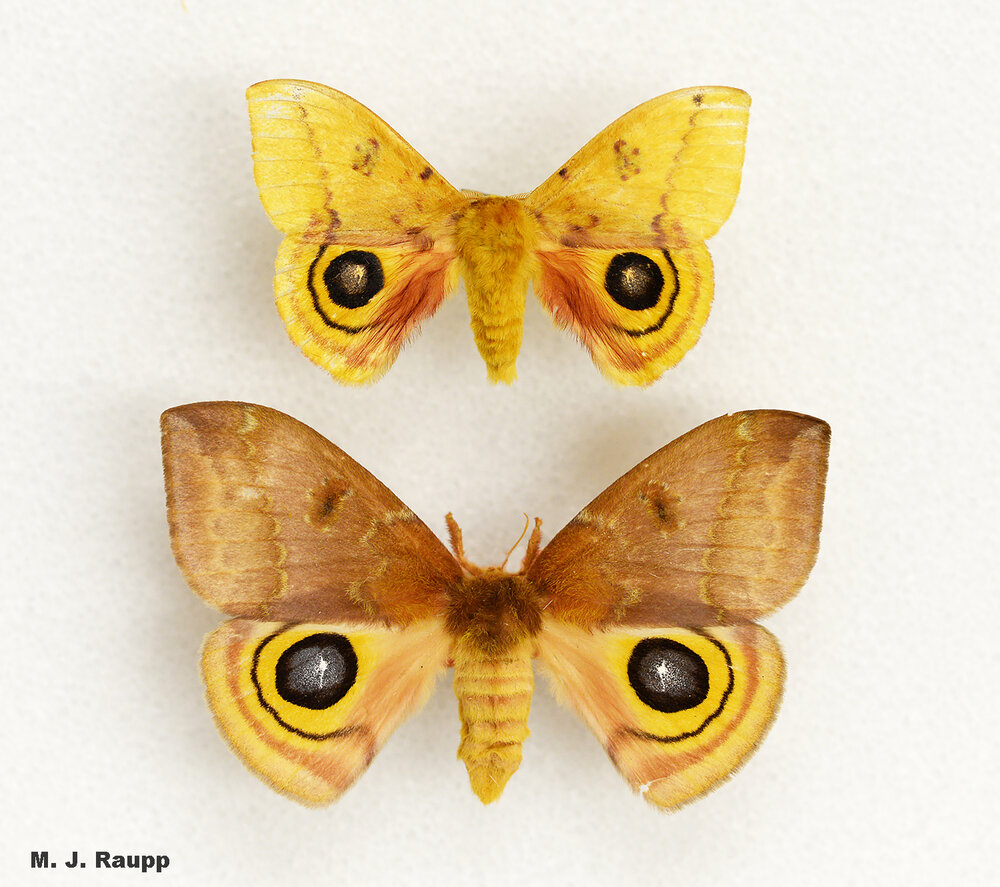 You might think that a very large (this one was several inches long) tasty caterpillar would attract the attention of hungry predators. But Automeris caterpillars have a clever defense. Lining their sides and backs are spines loaded with venom. These spikey armaments are called urticating spines. Upon contact by a predator or overcurious human these spines release venom, causing a painful and relatively long lasting sting. For most people this sting resolves without complication but for some it may cause a serious allergic reaction. For me, well, getting up close and personal with this creature was worth some minor discomfort. Urticating spines are employed for defense by several families of moths, including flannel moths and saddleback caterpillars we met in previous episodes. While stinging shock and awe are the defensive syndrome employed by these caterpillars, adult moths use a different strategy. When resting on vegetation or on the ground, the brownish dappled forewings of the moth help it blend with background vegetation, effectively camouflaging the moth. If a predator draws too near, the moth spreads its forewings revealing large vertebrate eyespots on the hindwings. This ruse is thought to startle and frighten would-be predators, allowing the moth to escape or break-off the attack. False eyespots have evolved many times in the insect world and are found on caterpillars including swallowtail caterpillars, Promethea moths, and owl butterflies we met in previous episodes.

A cousin of Automeris metzli called the Io moth is relatively common in much of North America. including the DMV. This beautiful species of moth was once very abundant from New England to the Gulf States and west to the Great Plains. However, in New England and throughout much of its range, Io moths have declined. In addition to loss of natural habitat, the introduction of the parasitic fly Compsilura concinnata to control gypsy moth caterpillars has been implicated in local and regional declines in populations of Io moths and several other moth species attacked and killed by the fly. Habitat destruction and invasive species are but two threats to these charismatic and beautiful creatures throughout their ranges.

Bug of the Week thanks Hugh and Bridgette for discovering the gorgeous caterpillar, Costa Rica Vacations, and the intrepid guides Mono and Kenneth at Rafiki Lodge, for providing the inspiration for this episode.  “Automeris metzli Sallé (Lepidoptera: Saturniidae) in Trinidad, West Indies” by Matthew J.W. Cock, “Moth decline in the Northeastern United States” by David Wagner, and “Insect Defenses” by T. Eisner, M. Eisner, and M. Siegler, were used as references for this episode.