A surprise visit from my ants: Citronella ants, Lasius sp. 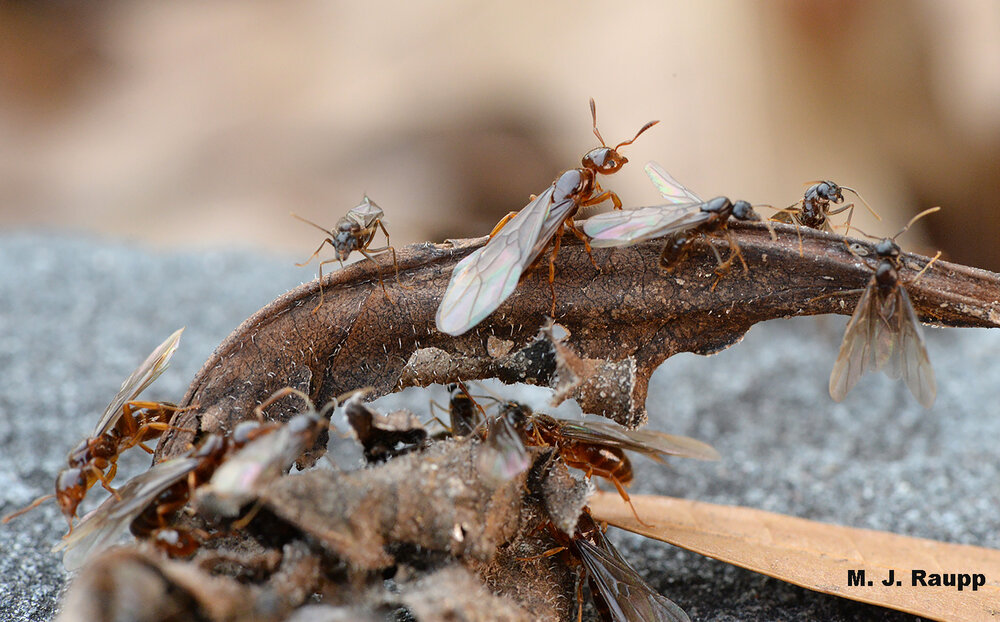 A cluster of female (larger ant) and male (smaller ant) smaller citronella ants seem ready to set forth to found new colonies on a warm afternoon in December.

The appearance of winged citronella ants emerging from beneath my front sidewalk was a welcome surprise in this somewhat dismal season for observing insects and their kin outdoors in the DMV.  Swarms of winged, a.k.a. alate, ants are often seen emerging from the earth to mate and found new colonies in warmer months in temperate regions. However, ants in the genus Lasius have been observed emerging from the earth in Maryland as late as November, so maybe December 27 is not such an odd date to witness this remarkable event. While not an ant expert, these little rascals looked like the smaller yellow ant, Lasius claviger, to me.

What a holiday surprise! Watch as large winged
females, smaller winged males, and wingless yellow worker citronella ants emerge from the earth and swarm on my front sidewalk. 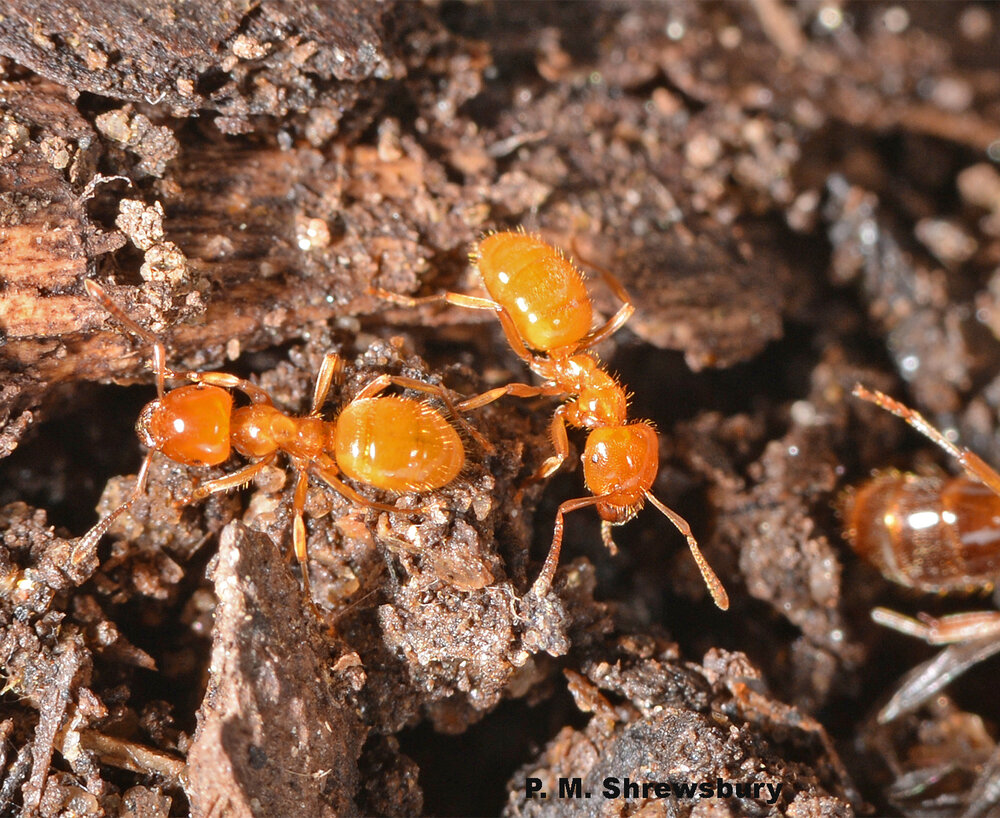 Lasius ants go by many colorful names including citronella ant, yellow ant, and lemon ant. The lemony scent we know as citronella owes to a compound found in many plants including lemon, lemon grass, and several species of eucalyptus. Special glands near the jaws of Lasius ants produce aromatic lemon scented citronellal. When threatened by an intruder, citronella ants send out an alarm by releasing citronellal. This pheromone brings nest mates running to assist in the defense of the colony. In addition to the well-known insect repellency of citronella, citronella ants have one more chemical trick up their sleeve, or should we say, in their rear end. Glands near the tip of the abdomen produce irritating formic acid. Formic acid contacting the eyes or face of an attacking predator serves as a powerful deterrent. This type of chemical warfare is an important strategy used by many species of ants. 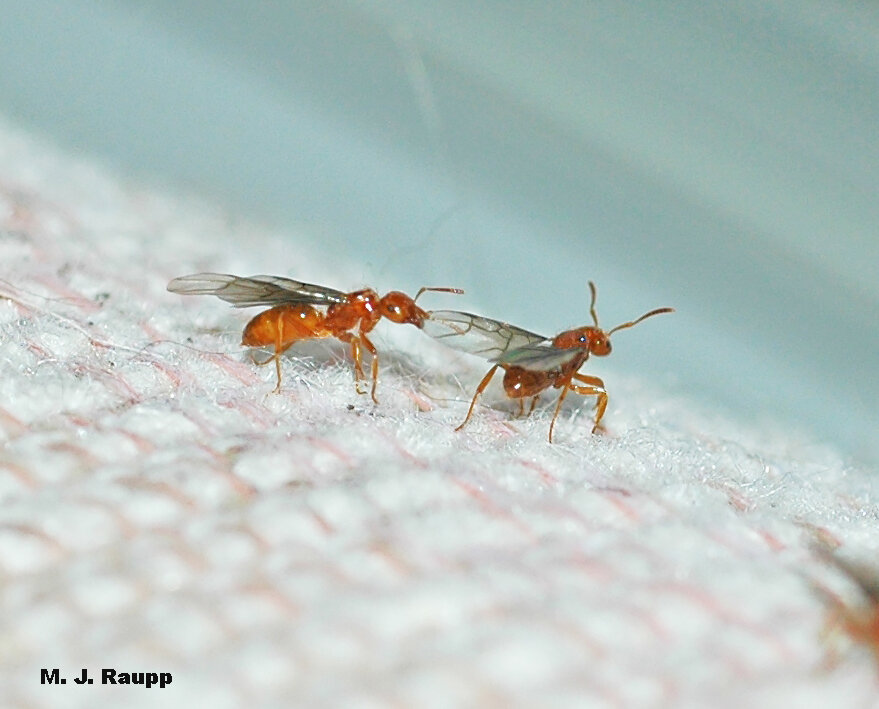 Large yellow ants will sometimes swarm inside homes much to the dismay of unsuspecting homeowners.

In a previous episode we met large citronella ants that sometimes making a surprising appearance when their subterranean colony vents inside a home. Fortunately, Lasius ants are not wood destroyers like their cousins the carpenter ants. In addition to hunting soft-bodied prey, Lasius are herders. Yes, that’s right, they actually shepherd root feeding aphids, moving them from the roots of one plant to another to optimize the production of nutrient rich honeydew excreted by the aphids. As you may know, honeydew is an important and much sought-after food for many species of predatory and parasitic insects.

Citronella ants are relatively common in urban landscapes. I frequently encounter them while working in my flower beds and garden. You will too. Just take a moment to notice the pleasant fragrance of lemon as you turn the soil and then have a close look in the soil for these tiny and fascinating chemical warriors.

The wonderful references “The Ants” by Bert Hölldobler and Ed Wilson, and “Secret Weapons” by Tom Eisner, Maria Eisner, and Melody Singer were used in preparation of this episode. Jeff and Linda shared the swarm of large yellow ants that emerged inside their home. Thanks also to Dr. Paula Shrewsbury for assistance with photography.