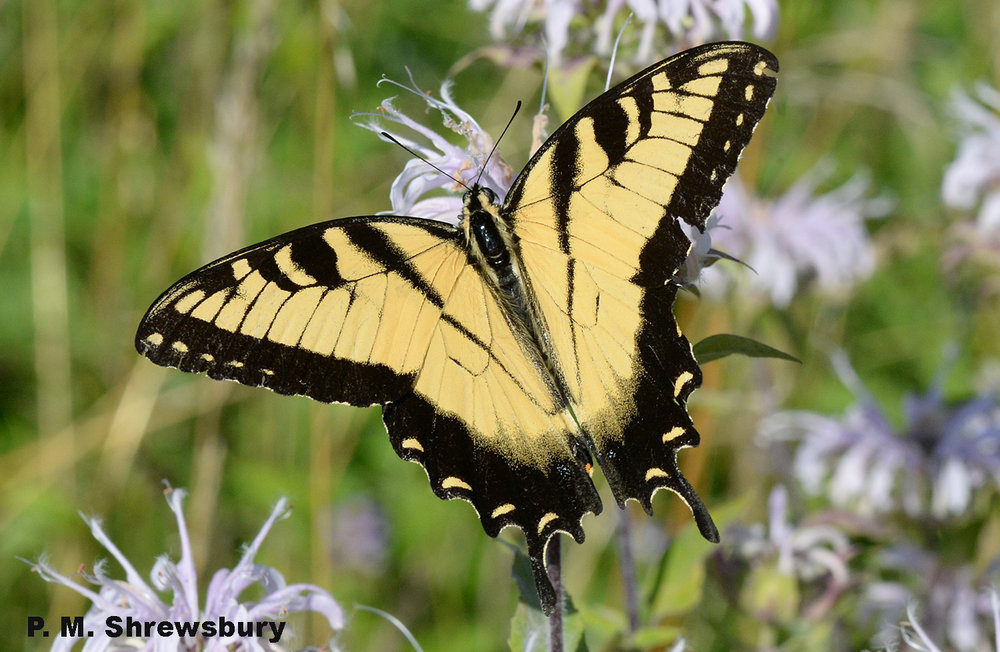 It’s easy to see why it’s called a tiger.

One of the real treasures of the Washington metropolitan region is nearby Shenandoah National Park in northern Virginia. Over the next few weeks we will visit several remarkable six-legged denizens of the park and learn about their fascinating strategies for survival.

A meadow of wild bergamot in bloom becomes an early morning nectar paradise for eastern tiger swallowtails and other pollinators. Both light colored and mimetic dark colored females were common in the meadow.

In recent summers past, insect lovers lamented the scarcity of charismatic moths and butterflies around yards and gardens. This year giant silk moths like Cecropia, Promethea, and Luna moths, as well as several of their butterfly kin, seem to be enjoying a renaissance. While meandering by a meadow filled with bergamot and other native wildflowers, scads of magnificent butterflies, bumble bees, and other native pollinators were busy at work just moments after sunrise. Preeminent among the pollinators were scores of eastern tiger swallowtails, so named for their dazzling wing color pattern of alternating bands of yellow and black. Forces of nature that underlie upswings and downturns in populations of butterflies are not fully understood, but an abundance of high quality food for caterpillars, favorable temperatures for growth of larvae and foraging of adults, and a relative absence of natural enemies benefit butterflies. Butterflies visit flowers for nectar, a primary source of carbohydrates needed to power them through the landscape in search of mates and suitable food plants for their young. Females live only a few days in the wild and deposit small eggs on leaves of suitable larval trees including tulip poplars, cherries, ashes, magnolias, and several other species. 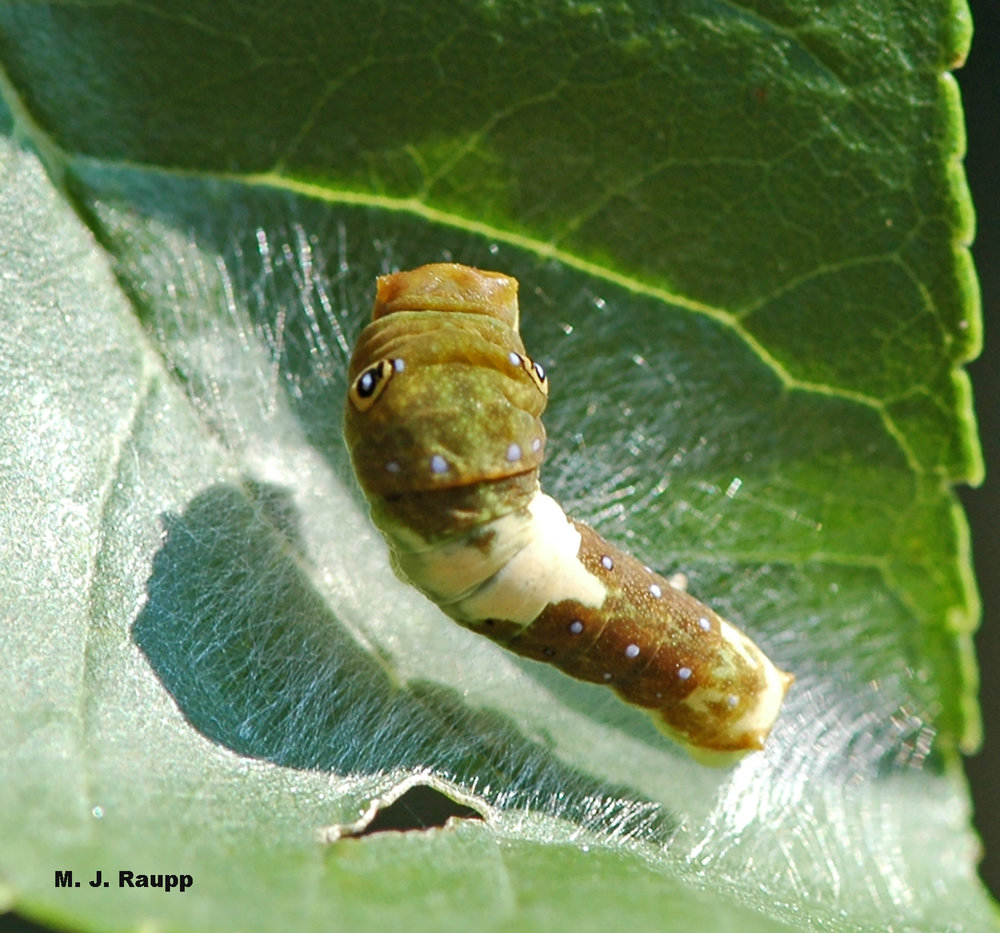 Tiger swallowtail larvae are masters of disguise. As you might imagine, plump juicy caterpillars are delicacies for a variety of birds, reptiles, and small mammals. One way to gain protection from these hungry beasties is to engage in the art of deception. The inconspicuous swallowtail egg hatches into a caterpillar that masquerades as a bird dropping. Even hungry predators like birds are unlikely to connect bird droppings with dinner, and dressing as a bird dropping is a very clever disguise for a juicy caterpillar. As the swallowtail grows larger and more apparent, a different subterfuge is used. 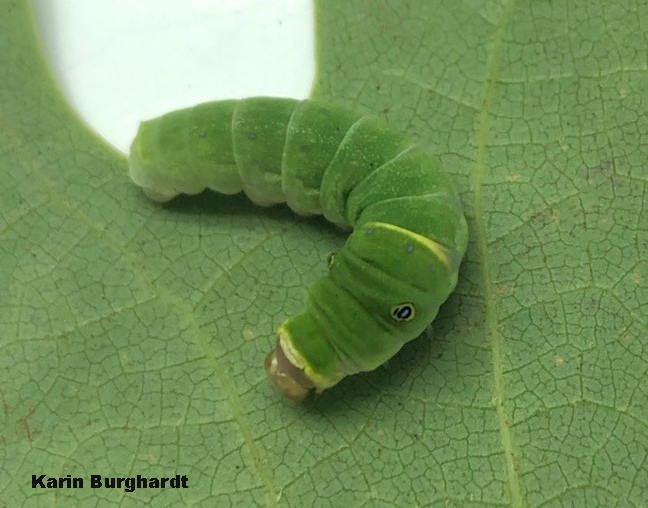 The second trick is to be bold and look dangerous like a snake. The latter stages of the tiger swallowtail caterpillar bear two large eyespots on their back. Eyespots are not true eyes, but only patterns of colors on the skin of the insect. Look closely at these. The eyespots are remarkably complete with pupils and irises. Viewed head-on, the larva of the tiger swallowtail looks like a green viper with very large eyes. Remember, snakes and birds are mortal enemies. Snakes often capture birds for dinner. Confronted by a sinuous creature with very large, scary eyes a bird may opt to seek its dinner elsewhere. The caterpillar’s trickery allows it to live another day.

The adult tiger swallowtail engages in a ruse of its own. Throughout much of the range of the eastern tiger swallowtail, a second species of swallowtail shares flowers and airspace. The pipevine swallowtail, Battus philenor, has a black dorsal surface that is easy to recognize. Caterpillars of the pipevine swallowtail eat plants in the pipevine family that contain repellent chemicals called aristilochic acids. Larvae store these noxious acids and pass them along to adult butterflies. This imparts a nasty flavor to the butterfly and predators learn to avoid them. In parts of its range where pipevine swallowtails are common, the clever tiger swallowtail evolved a dark color pattern that resembles the coloration of its unpalatable cousin. Ah, but only the female of the species employs the dark colored ruse. These mimics gain protection from predators that have learned not to tangle with darkly colored distasteful butterflies. This week on a bright summer day when you see the gorgeous yellow and black tiger swallowtails in the meadow or your garden, know that you are company to a true master of disguise.

We thank Drs. Shrewsbury and Burghardt for providing images for this week’s episode. The delightful books and articles “Secret Weapons” by T. Eisner, M. Eisner, and M. Siegler, “Butterflies” by P.A. Opler and G.O Krizek and “Butterfly Ecology” by L.E. Gilbert and M.C. Singer were used as references for this episode.